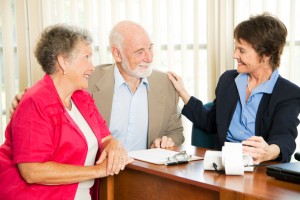 As the euro weakens, British expats living in the Eurozone and receiving a UK pension will be celebrating the lower cost of living.

If you’re a retiree considering moving abroad, here’s the reasons you should put Europe to the top of your list:

The current GBP/EUR rate makes several locations within Europe more attractive to expats, particularly those who transfer a sterling-based pension or income into euros every month.

These struggling property markets are still heavily reliant on overseas investors. As a result, some countries have introduced initiatives and incentives, such as Golden Visas, aimed at getting prospective buyers to purchase. Could you benefit from one of these schemes?

We have the top three hotspots you should be considering. Where will you choose?

The French economy has still not recovered from the recession, keeping house prices down across the country, especially in the Auvergne, Midi-Pyrenees and the Languedoc Roussillon. These areas are all becoming more popular with expats, meaning that there will be plenty of English-speaking neighbours around!

Interest rates are also currently extremely low, allowing French property to be financed cheaply and easily. Additionally, the decline in prices means that French vendors are being more realistic when pricing their properties.

The Country Specialist at FranceBuyingGuide.com, Tamsin Roser, says: “It is genuinely a buyer’s market in France right now. Interest in buying in France has already increased considerably this year in comparison with 2014, largely due to recent economic developments, such as the weakening euro and the removal of the cap on the neighbouring Swiss franc at the start of the year.”1

The property market in Portugal has been improving throughout 2014 and early 2015, according to Marina Pasquill, the Country Manager and fellow expat at PortugalBuyingGuide.com. This has given retirees the opportunity to bag a bargain.

Pasquill comments: “Property prices in Portugal are expected to pick up in 2015 for the first time since the global property crisis – yet Algarve prices are still quite low. There have been indicators that it has become easier to access finance for properties in Portugal; lenders are now talking about 80% loan-to-value mortgages for non-residents. All this makes the current conditions in Portugal favourable for property hunters from the UK.”1

The Spanish property market has taken a positive turn in the last year, with various different factors coming together to make Spain a more attractive destination for overseas buyers.

Tracey Van Den Berg, the Country Specialist at SpainBuyingGuide.com and resident expat, is based in La Cala de Mijas in the Costa del Sol.

She states: “Things are really looking up for Spain’s property industry. Last year brought significant positive movement in the market for the first time since 2008, but prices are still around 45% lower than six years ago. Most Spanish nationals are not in a position to kick-start home sales, so when you combine this with sterling’s current strength against the euro, the time is right for UK investors.

“Spanish banks are lending again and offering selected mortgages for the first time in years, and it is generally presumed that there will be a wider variety of mortgages available later this year.

“The construction industry in Spain is also recovering after almost completely stalling in recent years, and the number of building permits issued continues to increase, meaning there will still be a good selection of properties available in the country’s most popular regions for some time to come.”1

Will you decide to head to any of these areas? If so, remember to invest in some expat property insurance to protect your new home!