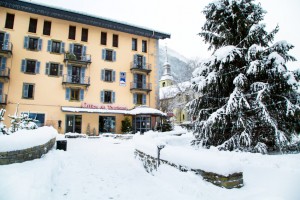 Have you been pondering the possibility of purchasing a ski home? Well this year might just well be the perfect time to do it!

The French Alps is proving to be an ideal choice for those seeking a holiday home in a skier’s paradise. Mortgage and exchange rates in France are currently favouring British buyers, and a number of resorts have brand new property developments and facilities. Now all you have to do is decide which one to go for…

Additionally, those buying a French ski home with a mortgage will also get a better deal than last year, due to some of the lowest ever mortgage rates available.

Fixed mortgage rates in France, including those for non-resident homeowners, have dropped to around 3.1%, from 3.75% last year. This creates a further saving of around €29,000 over a 20-year mortgage term on the same home.

FranceBuyingGuide.com’s Alexis Goldberg adds: “Increasing awareness of dual seasonality is also bringing more foreign buyers, including Brits, to French Alpine resorts – Chamonix, for instance, has as many, if not more, visitors in the summer than in the winter. The Haute-Savoie region in general is increasingly popular, thanks in part to its easy access to Geneva Airport and being within driving distance of Calais for those who prefer to take the car.”1

In the last 12 months, many new developments have popped up in the French Alps, a few of which are becoming hotspots for investors.

Châtel, part of the Portes du Soleil, is one of them. Ski property specialist Erna Low Property has already sourced new developments there in preparation for this ski season or for December next year. These include leaseback options or the chance to buy as a second residence classic freehold. Châtel’s popularity is set to grow, thanks to its brand new aqua centre and two new fast chairlifts.

Les Gets, also part of the Portes du Soleil and a short drive from Geneva Airport, was short of new developments for a few years due to the need to upgrade its draining systems and water supplies. Now this is complete, a series of new properties is coming onto the market. Les Gets is popular for it’s low-rise, chocolate-box architecture for being family-friendly.

Tignes les Brevieres has also been a popular choice for British buyers thanks to its flexible leaseback investment and direct access to the world-famous Espace Killy ski area. Its accommodation is sophisticated and prices start at €199,167. In the same area, La Plagne has over 425km of slopes and has launched a new leaseback property investment, including ski-in, ski-out, fully furnished apartments that will be ready in December 2016.

Sales Manager at Erna Low Property, James Ross, comments: “Over the past two years, we have experienced a great increase in activity levels. The winter season has started in the middle of summer for us, which is something we last saw in 2008.

“It appears that the French Alps is enjoying a renaissance as a favourite destination for first time investors in France, and we are very well prepared for this activity.”1

Do you fancy getting your skis on this year?