What the Brexit Means for Expats in the EU
Tweet 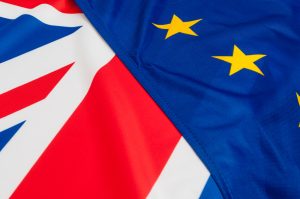 Last week, Britain voted to leave the EU. While the decision has caused uncertainty across the country, what does the Brexit mean for expats living in Europe?

Around 1.3m Britons live and work across Europe. Spain is the top hotspot for British expats, while Ireland and France are also popular with those looking to live abroad.

In these countries, Brits can take advantage of the right to free movement and employment.

Under Article 50 of the Treaty on European Union, Britain has two years to arrange new deals with EU member states. But in the meantime, what should expats living in Europe look out for now that Britain has left the EU?

Many British expats own property in Europe, and it is expected that they will be able to continue to do so. The main issue to be aware of is a potential change in inheritance and tax laws.

However, if the pound remains weak, many expats may use this opportunity to re-enter the British property market.

Working in the EU, however, could become more difficult for British expats if their new home countries ask them to comply with more restrictive rules when it comes to permits and setting up businesses. They may lose their automatic right to work in the EU and be asked to apply for Blue Cards.

For the next two years, while Britain negotiates the terms of its exit under Article 50, nothing will change for British expats abroad, as the UK will remain part of the EU during this period.

After last week’s vote, Spain’s prime minister, Mariano Rajoy, announced that nothing would change for Britons in Spain while an exit is negotiated – they will have the same rights they have enjoyed until now as EU citizens.

What happens when Britain leaves the EU depends on the type of deal the UK strikes with Europe. It is possible that it could become more difficult for new expats to find work.

Expats may fall foul of the rule that exists in 15 EU member states, which says that you can only be hired if no other suitable candidate has been found within the EU area.

Pensioners are the biggest group of British expats living in EU countries, and many of them use their pensions to fund their new lives abroad. These pensions will be affected by any currency changes following the vote.

Following the Brexit, the UK Government will have to decide whether this will continue, or whether UK pensioners living in the EU should be treated as they are if they retire to Canada, for example, where their pension is frozen.

Currently, part of the reason that UK pensioners in the rest of the EU see their pension go up every year is because the principle of the single market is applied. This means that pensions and other social security payments rise wherever you live. Because this agreement is mutual between the UK and the rest of the EU, it is now likely to form part of the renegotiation process.

The Managing Director of A Place in the Sun, Andy Bridge, reacts to the referendum result: “The announcement that the public has voted to leave the EU comes as a shock to the UK and leads to a level of uncertainty for the overseas property market.

“An estimated 1.3m Brits currently live in the EU, and the effect of this result will cause immediate concern, as people wait to see what changes arise as a result of the vote.”

He explains what will happen now: “The UK will officially inform Brussels they intend to leave the European Union in a few months’ time, followed by a two-year period where the terms of our new status will be set out. The status of Brits living within the EU will be high on the agenda, as will the status of EU nationals who currently live in Britain.

“Those who are looking to purchase a holiday home overseas, after an initial hiatus, are likely to see that owning a property in the EU will only be marginally more complex than it is currently. Residents of the US, Canada, Russia and many other nationalities own properties throughout Europe, so while it may become slightly more complex for Brits, clearly we are not going to be prevented from owning property in Europe.”

He adds: “Recent research by A Place in the Sun found that nearly half (48%) of those currently considering a purchase abroad would continue with their search if we were to leave the EU. It is expected that this number will be much higher after the first few months and Brits reignite their desire to own a property overseas.”