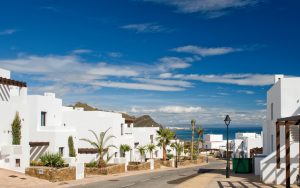 Brexit-conscious Britons took quite a while to let the impact of the EU referendum sink in, but tomorrow’s triggering of Article 50 has finally shaken up their pursuit of Spanish property. And there’s one location that’s beating them all…

Although no fundamental changes to property rights, obtaining mortgage credit or even inheritance tax are expected when Article 50 is triggered, there will be a degree of uncertainty over the coming months, which is making buyers more cautious.

However, where there’s a threat, there’s also usually an opportunity.

The Head of Research at Spanish property portal Kyero.com, Richard Speigal, says: “While traditional, more established (and expensive) Spanish locations are beginning to feel the Brexit blues, buyers aren’t abandoning the country entirely. Instead, they’re looking for less developed areas, which is giving smaller towns an opportunity to shine.”

The province of Almeria is at the epicentre of the shift, with sales rising by 93% in the post-Brexit period.

Prices in the province have lagged behind the rest of Spain, with an average value of €129,000 – almost half of the national average. Prices are expected to increase following the post-Brexit spike in sales, but haven’t done so yet, which creates an interesting opportunity for buyers hoping for strong capital gains, as well as a sun-kissed holiday home.

The addition of Almeria to Jet2’s summer 2017 flight schedule is also interesting news to those seeking an easily accessible, bargain holiday home with great potential for capital gains.

Within Almeria, the town of Albox is the one to watch, according to Kyero.

Bordered by the Sierra de la Estancias and the Sierra de los Filabres mountain ranges, Albox benefits from being less than an hour’s drive from the coast and just over an hour from Almeria Airport.

The town’s whitewashed homes, pretty plazas and narrow streets boast plenty of the kind of authentic Spanish charm that many British buyers are looking for.

Speigal comments: “Over 50s British buyers may be sitting on huge equity thanks to rising UK house prices, but sterling’s fall has hit their budgets, which in turn has led to a hunt for value.

“As healthcare and pension arrangements aren’t guaranteed to remain the same after Brexit, retirees are holding back from blowing their budgets on huge villas in prime locations. Instead, apartments in less well-known locations are coming to the fore. The Costa del Sol’s loss is Almeria’s gain.”

The average property in Albox costs just €129,000 – the same as the provincial average.

Those looking for a substantial project can pick up a townhouse ripe for pulling down and rebuilding for just €9,000, while a quirky, renovated four-bedroom home with a sunny roof terrace can be picked up for €39,950.

House prices in Albox have increased by 2.2% in the past year. Meanwhile, buyer enquiries are running at four times the average for the Kyero website.

In February alone, 17,000 people searched for a property in the town, with British buyers topping the table when it came to the nationality of those looking for Albox holiday homes.

The majority were bargain hunting, with 62.3% looking for properties costing under €50,000, while apartments were the first choice when it came to property type.

While there will no doubt be plenty of vocal lobbying from Spanish property owners and expats once Brexit negotiations are underway, for now, British buyers are voting with their wallets, meaning that towns like Albox are emerging as 2017’s Spanish holiday home hotspots.