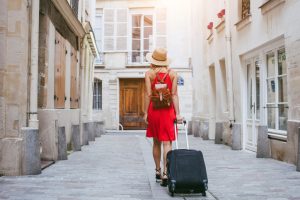 While Spain received a record-breaking 82m visitors in 2017 (overtaking the USA as one of the world’s most visited countries), its achievement was reinforced by a rise in tourism spending.

According to the Tourist Market Barometer, the average spend of tourists in Spain rose by 13% between January and November 2017 compared to the previous year, with British travellers among the biggest spenders.

Indeed, the tourism industry has been an important driver of Spain’s economy over the decades, benefitting from the increase of cheap flights delivered by low-cost airlines and affordable accommodation.

However, Spain’s success in attracting international tourists has also prompted the question: can the country’s low-cost tourism sector survive?

Yes, the low-cost tourism model remains popular in Spain, with the country welcoming just 10% of the wealthiest travellers in the world. And, as local authorities set out ambitious plans to tackle the issue of mass-market tourism, housebuilder Taylor Wimpey España is proudly delivering high quality homes to discerning visitors.

Marc Pritchard, the Sales and Marketing Director of the firm, says: “It is fantastic to see Spain’s popularity continue to flourish. We have certainly received a great number of enquiries from international visitors looking to experience all that this wonderful country has to offer. I do believe, however, that it is important to ensure that popular destinations in Spain, such as Costa del Sol, remain sustainable coastlines, which is why we are focused on delivering quality homes in quality locations for generations to enjoy.”

In terms of budgets, Taylor Wimpey España has seen a rise in spending on quality homes from Britons. December 2017 saw the sixth consecutive month of growth in sales to British buyers for the firm, with the majority of transactions made at the upper price point of €450,000 and beyond – a trend never seen before.

With a view to Brexit in April 2019, British buyers are splashing out more on Spanish properties to secure the right home for either retirement or holidays.

Pritchard explains: “Affluent British citizens are looking to place their money outside of the UK in Spanish property, with view to Brexit in April 2019. Spain is deemed a safe heaven, and we expect to continue to see greater number of purchasers at this higher price point.”

If you’re looking to buy a place in Spain, remember that you must consider the right Overseas Property Insurance for your new home. We offer market-leading cover through our website: https://www.insuremyvilla.com

This entry was posted in Travel and tagged holidays, Spain, Tourism. Bookmark the permalink.