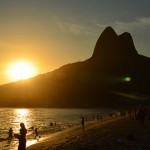 Spain’s property market has taken a battering over the last few years, with dropping prices and repossessions. Those who bought at the top of the market have seen their property’s value drop by as much as half in some cases, particularly in the popular holiday areas of the Costa del Sol and Costa Blanca, where many resorts have a considerable oversupply of property. This has presented a huge opportunity for bargain hunters, with bank-owned repossessed properties and ‘distressed’ properties (those still owned by the mortgagee but under imminent threat of repossession) being sold off cheaply.

As well as low prices, banks are offering some excellent mortgage deals on property that they own. Getting a mortgage in Spain for property not owned by the banks is difficult, with mortgage lending standing at only a quarter of its 2007 levels. However, banks are prepared to lend in order to get repossessed properties off their hands. Mortgages of over 100% are available on some properties, often on new resort developments where the bank has repossessed the whole development and needs to get rid of all the property on it.

There are some very tempting deals in Spain at the moment, but they should be approached with caution. Many of the best deals are in hard-to-sell properties in saturated markets. If they are hard to sell, they may well be hard to rent too. The market in Spain continues to fall, with prices on the Mediterranean coast down nearly 15% in the year to April 2012. If you want to buy as an investment, now might not be the best time.

If you want to move to Spain, then this could be the perfect time to pick up a bargain. You could pick up a property you would never otherwise have been able to afford, and get a mortgage much more easily than you would have thought. If the holiday resorts of the Mediterranean do not appeal, there are bargains a-plenty in the major cities too. When working out costs, make sure you remember to factor in overseas property insurance, local taxes and utility bills. Even with those costs included, you may find that your Spanish dream is much more achievable than you think.