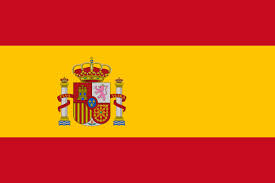 Property prices have continued their steady upward progress, according to the latest data from Spanish notaries.

This data is particularly important as it is recorded as soon as a sales transaction is completed, making it the most up to date information possible. Other sources sometimes take months to declare a sale.

The notary figures indicate that in the second quarter of the year, the Spanish property market continued to climb. The number of residential property sales totalled 122,776 in the period, a 13.3% rise in comparison to the same stage in 2015.

In addition, prices increased by 1.3% during the quarter.

Despite the perceived positivity of this recovery, the figures indicate a large variation between different parts of the country.

Predominantly, Spanish coastal regions have shown the most impressive levels of growth. The Canaries led the way, with growth in prices hitting 7.7% over the period. This was followed by Madrid, where the average property price rose by 4.9%.

On the other hand, some regions are seeing dramatic falls. Navarra has seen price increases slide by over a fifth, while in La Roija, where prices have slipped by 34%.

The number of sales recorded however was positive in nearly all regions of the country. Transaction volumes rose in 15 out of 17 regions, the largest being 27.8% in the Balearics, 25% in Catalunya and 21.7% in Extremadura.

Unsurprisingly, mortgage lending also increased in the second quarter of the year. In all, there were 56,815 loans granted in the quarter, a rise of 26% on 2015 levels.

Amounting to 130,254 Euros, the average amount of finance given for a property investment was up by 3.5% on a yearly basis.