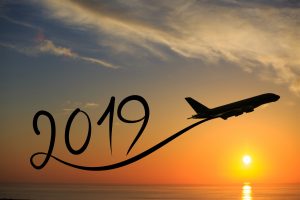 With summer just around the corner, we’re getting our suitcases out of the attic and stocking up on the sun cream. The office is a-buzz with talk of who’s going where this year, so we thought we’d share our excitement with our lovely readers! Here are the five destinations that must be visited this summer 2019, according to our team: 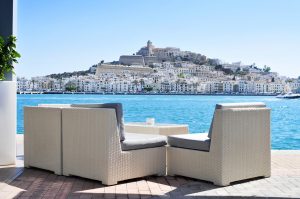 One side is notorious for partying and the other consists of serene villages and picturesque beaches. We’re divided on this one in the office, as some of us reckon if you’re going to head to Ibiza, it has to be to party, but those of us who take a more languid approach to holidaying suggest that getting some peace and quiet whilst topping up the tan is the way to go. The latter option can be found in Ibiza Town, where you can visit excellent restaurants and browse a range of unique market stalls. 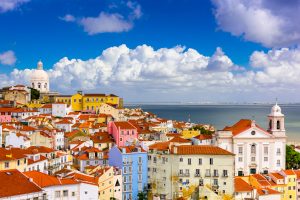 We believe that Lisbon is underrated as a holiday destination. It’s really pretty and the locals are welcoming, which makes for a scenic and relaxing vacation. The weather is almost guaranteed to be good, if you’re looking to visit a warmer climate.

We particularly suggest paying a visit if you are an art enthusiast, amateur or otherwise. There are some fantastic galleries, such as Wozen, which has on display a range of fantastic artistic movements. But the real reason we feel Lisbon is a great location for those with an interest in art is because of the beautiful terracotta rooftops. This picturesque sight makes for an inspirational scene to be painted. Just image spending a tranquil week with good food and drink and a palette of paints… 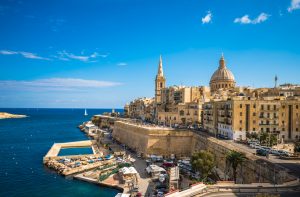 Another suggestion that has made it onto the IMV summer 2019 list is Malta, mostly for its rustic charm and historical backdrop. All around the archipelago are reminders of the Knights of St John, who were a catholic military order created in the 11th century, charged with caring for the sick and injured pilgrims travelling to the Holy Land. They settled in Malta in the 1500s, and now their history can be seen throughout the area.

The Knights of St John are the origin of the Maltese Cross, with its eight points representing the eight obligations that they stand for: “To live in truth, have faith, repent one’s sins, give proof of humility, love justice, be merciful, be sincere and whole-hearted, and to endure persecution”. 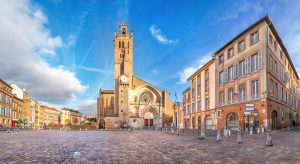 There is currently an exciting exhibition of theatrical machines on display in Toulouse. This is a very specific reason to visit, but it looks to be a nice change of pace from sunbathing on the beach.

In La Hall De La Machine there are performing machines, such as the Bread Catapult, the Blackbird Pendulum and the Wine-Serving Machine. They are described to each tell a story and entertain “through its movement and its identity”.

Then there is The Spider – a mechanical arachnid that can stand up to 13m high and span about 20m. It’s hydraulically and thermally powered and looks to be a sight that must be seen with your own eyes to be believed!

Equally impressive is The Minotaur, which is described as “a moving architectural structure”. Up to 14m high, this half man/half bull (also referred to as Asterion) supports a Greek temple on its back, which can carry up to 50 people for an excursion through the Montaudran district of Toulouse.

The exhibition is around from now until early January, so you have plenty of flexibility with deciding when to go. 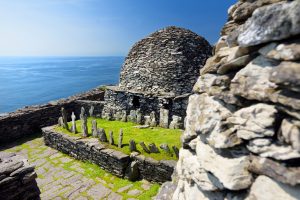 The film buff in our team has planned a fascinating trip around the Republic of Ireland. After catching the ferry over to Dublin, they plan on visiting Kilmainham Gaol, which featured in The Italian Job, and Trinity College, used for the set of Educating Rita.

Following the coast south, the next stop will be Wexford, for the iconic Curracloe Strand, used to represent Omaha Beach in Saving Private Ryan.

Heading to County Kerry, Skellig Michael was used in Star Wars: The Force Awakens and The Last Jedi.

Next, they plan to go north to Clare, for The Cliffs of Moher, which featured in scenes from Harry Potter and the Half Blood Prince and The Princess Bride.

This isn’t a trip for someone looking for a relaxing break. There’s a lot of travelling involved, but worth it for the beautiful sites to see in Ireland!

This entry was posted in Travel and tagged holidays, summer 2019. Bookmark the permalink.