Let the Big Screen Take You Away on a European Adventure!
Tweet 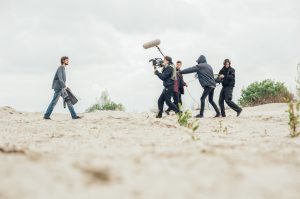 This week we wanted to discuss films shot in Europe, as there are some fabulously entertaining films set in scenic areas full of culture. Having spent the weekend glued to Netflix, we felt inspired to take a look at the real places that have featured on the big screen:

We’ll start with the obvious – Paris!

Our favourite films with a Parisian setting are a bit of a mixed bag.

We really enjoyed the thrilling, puzzle-solving grittiness of the Da Vinci Code (we also loved the book). With the Louvre Museum playing an important part in the film, we thought about the benefits of having a town house nearby in this vibrant city full art.

Another that popped into our mind was Aristocats, the Disney film. Yes, we are aware it was animated, but the detailed backgrounds throughout the film echo the romance of Paris. We distinctly remember the scene where the cats are running through the streets. We want to be sat at a table on those streets, drinking French wine and eating French pastries. What a life!

Next, we fly southeast to Greece.

We love a good sing-along, and when we think of Greece, we immediately burst into a chorus of ‘Mamma Mia’. Filmed on the Greek island of Skopelos, we have found ourselves considering the possibility of one day getting married somewhere a bit more exotic…

Captain Corelli’s Mandolin is another great one, filmed in Celphalonia. It’s a romantic journey, which loosely explores the country’s history in World War II.

Going back much further in time, there is a whole extinct civilisation to explore. The Ancient Greeks are known for their contributions to art, poetry, and even technology.

With warm, sandy beaches, and almost constant sunshine, we long to doze off under a parasol in Greece.

Ever considered a villa in Italy?

Maybe the most famous film to do with this country, at least as far as we’re concerned, is the Italian Job (the original one, of course). In this film, the characters head to Turin for a high-stakes heist. It begins with a scene in which a Lamborghini Miura is driven through the pass of Great St. Bernard Valley, from Switzerland, into Italy.

Continuing with the action theme, there is an exhilarating scene in Kingsman: The Golden Circle, involving a cable car in the Italian Alps. Thrilling modern-day spy story aside, the views are stunning.

We long to spend the week skiing/snowboarding, knowing we have our own chalet to return to for a hot toddy and a fondue. It may sound clichéd, but we feel this combination does go hand in hand!

Somewhere closer to home – the Republic of Ireland

We have another favourite amongst the romance genre, and that’s the 2006 film ‘Tristan and Isolde’. Filming locations include Glassillaun and Lettergesh, both sandy beaches in County Galway.

The film adaptation of Dublin-born James Joyce’s ‘Ulysses’ was also quite appropriately shot in his birthplace. It only had a small budget, but was received well enough to earn a Golden Globe and Oscar nomination for Best Adapted Screenplay.

The Republic of Ireland has been dubbed the “Emerald Isle” due its lush green countryside, a must see for those wanting to embrace nature and the great outdoors.

And finally, the many ‘Monte Carlo’ films of Monaco

It turns out there are quite a few films with this title, but we were specifically thinking of the musical from 1930. The lavishness of the wealthy spending their time and fortunes in a casino is an escape from reality we would love to experience.

Following on from this theme, the casino scenes of the James Bond Film ‘Goldeneye’ were shot in Monte Carlo, and the plot for the animated feature ‘Madagascar 3’ also involved a venture to the casinos in this area. Clearly it is the go-to location for any plot involving scenes requiring a casino backdrop.

The beaches are pale and sandy, the sea is a deep turquoise, and the sky often a warming blue. All are great reasons to visit this country, whether you are looking to spend time inside or outside. You can top up your tan by day, and try your luck in the casinos by night. We feel it’s also worth mentioning that the Grand Prix motor race takes place once a year on the streets of Monaco, a sight that many Formula One fans would love to see.

Europe has so much to offer as a holiday destination, but clearly provides plenty of inspiration for all forms of popular entertainment, with the film industry being a prime example. Perhaps we should take it from the scriptwriters, and spend time exploring what Europe has to offer, especially with the ever-looming issue of Brexit bringing an oncoming storm of change for the overseas property market…

If you are currently in the process of purchasing an overseas property, or have your insurance up for renewal, take a look at our Overseas Property Insurance for further information and to obtain an instant online quote.

This entry was posted in Travel and tagged Cinema, Europe, Film Locations. Bookmark the permalink.