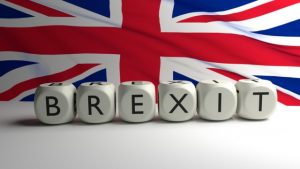 New figures released from the Spanish Association of Land Registrars has revealed that there has been a large fall in the number of British buyers purchasing in Spain following the decision to leave the EU.

Data from the report shows that the number of UK purchases registered with the Land Registry slipped by 16% year-on-year in Q3-with Q4 set to be worse.

Another survey from Spanish Property Insight suggests a big fall in British buyer activity in the two key regions of the country-the Costa del Sol and Costa Blanca.

Mr Mark Stucklin of Spanish Property Insight stated: ‘To get a better idea of the impact in the months since the British voted to leave the EU I’ve carried out a survey of property professionals in different parts of Spain including estate agents, buying agents, lawyers, mortgage brokers and surveyors, working in Barcelona, the Costa Brava, Costa Blanca, Valencia, Costa del Sol, and the Balearics, answering questions about the market between July and October. I got 22 responses back in October and November answering questions on British buyer interest, sales, budgets, concerns, and vendor behaviour.’[1]

‘Despite variations between regions and price segments, the overall picture was one of a big decline in British buyer interest in the months leading up to, and just after the referendum. However, there are also some signs that British buyer interest might now have stabilised at a lower level, helped by a bit of a recovery in the pound, though it is still too early to tell. I have also noticed that some Spanish property companies have decided to drastically scale back or even stop marketing in the UK, which is just another reflection of the Brexit impact,’ Stuckilin added.[1]