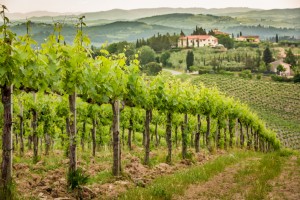 Italy has triumphed as a robust second home hotspot following Donald Trump’s election in the USA and despite the UK’s Brexit vote.

Google Trends has shown a spike in queries for ‘Moving to Italy’, while demand from the US and UK for homes in Italy has risen on property portal Gate-Away.com.

‘How to move to Italy’ has been recorded as one of the most searched phrases on Google in the USA that showed a sharp rise during the US election.

“The demand for Italian properties from the United States is constantly growing,” observes Rossi.

And the data from Google Trends confirms this movement, even without the Trump effect. Some weeks ago, Gate-Away.com reported an increase of 50% in US interest in Italian homes.

Analysing the patterns in Google queries, the portal uncovered some interesting data. Although the number of queries on ‘How to move to Italy’ was clearly affected by impulsive reactions to Trump’s election (confirmed by a subsequent decline), it is worth noting that the amount of queries containing the phrase ‘Moving to Italy’ – aimed at finding information on the procedure – had a slower but constant increase over time.

“‘Moving to Italy’ is a phrase that hints previous knowledge of the basic information,” explains Rossi. “Which can be ascribed to operational and conscious research activities, less dictated by the emotion of the moment and more motivated by a desire to assess the actual move and receive in-depth information.”

Demand for Italian homes does not appear to have been negatively affected by the US election or by Brexit, as foreseen by Gate-Away.com, as Britons and Americans continue to seek a place in the sun.

“Even though Italians are amongst the least competent at speaking English, according to the English Proficiency Index just released, Italy is still one of the best locations for a second home,” jokes Rossi. “But despite some communication issues, we know that Americans and British are the most active in searching for a second home in Italy; great satisfaction for our country.”

The post-Brexit data collected by Gate-Away.com is more than encouraging – demand for Italian homes has increased by over 22%, with London named the British city with the highest demand. The average value of the properties considered in the searches has also grown, to €312,000.

Apulia deserves a special mention, with Carovigno and Ostuni among the most favoured Italian cities by British buyers in the quarter following the EU referendum. The region also places first in the current preference ranking.

Rossi looks ahead: “In the annual report that Gate-Away.com is going to release at the beginning of 2017, it will be interesting to see whether this trend will be stable, also to understand how and how much international political events can influence our country’s appeal. We believe that Italy has huge margins of development in terms of foreign demand for Italian properties.”

Are you interested in an Italian second home investment? Always remember to protect your property with specialist holiday home insurance from Insure My Villa. Get an instant quote for our cover here: https://www.insuremyvilla.com/quote_01.php

This entry was posted in Overseas Property and tagged Brexit, Italy, second homes, US election. Bookmark the permalink.