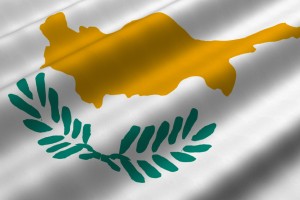 The Cypriot property market is showing signs of recovery from the economic downturn, but could still be being hampered by the historic title deed scandal, which could take another 10 years to resolve.

A new report from the European Commission suggests that tens of thousands of people who purchased property in Cyprus, including holiday homes and retiree residences, are still without their title deeds.

The most common reason for this was a scandal, whereby developers mortgaged properties to the banks. In many cases, the banks’ claim on the property prevents the transfer of the deeds to the buyer.

Now, the Commission is saying that the reform of the system of title deeds remains restricted by a lack of support from private stakeholders.

Large numbers of property buyers, despite having paid the full purchase price, have not yet received their title deed. Despite this, the report indicates that there has been some progress, as the adoption of the legacy cases law for property sales up to the conclusion of 2014 created momentum.

Of the 13,642 applications received at the end of March 2017 linked to legacy cases, nearly 5,700 title deeds were issued, leading to around 2,000 transfers of titles.

However, following numerous legal actions being taken by banks against the transfer of titles, a court has now ruled that the legacy law is unconstitutional.

Pending the appeals of the court decision, the application of the law is now up in the air.

The report says: ‘There is general agreement that a future system should ensure that buyers who pay the full purchase price will get their titles quickly and have no possibility to refuse them, for example to avoid paying overdue taxes.’

Around 30,000 titles were pending up to the end of March 2017 – the date when the commission carried out its inspection. It is hoped that the transfer of title deeds were minor breeches of planning conditions have occurred can be moved forwards quickly. The main bottleneck is in the local Government’s low need to face their obligations, notably regarding the issue of certificates of approval.

‘This problem might be solved through the proposed reform of local governments, but more immediate action appears warranted. The local government reform affects the delivery of local public services, and could notably improve the issuance of title deeds by streamlining the issuance of building permits and certificates. The reform could also improve public finance management since it foresees the implementation of a common accounting and reporting framework for all local government,’ the report concludes. [1]

This entry was posted in Legislation and tagged Cyprus, property market, title deeds. Bookmark the permalink.