How Will the Brexit Affect Overseas Property Owners?
Tweet 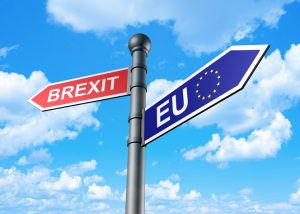 This morning brought the news that the UK has voted to leave the European Union. With 51.9% of the vote, the British public decided that the UK is stronger alone. So how will the Brexit affect owners of overseas property?

It has previously been claimed that travel costs will soar if Britain leaves the EU, as travel firms attempt to recoup the costs of new taxes and levies.

This would have a detrimental effect on expats, holiday home owners and tourists, who would be required to pay higher rates when travelling to and from their chosen destinations in Europe.

There are currently around 2.2m Britons who live in the EU as expats, and a further one million who own holiday homes there.

As a member state of the EU, Britons are free to live and work in most EU countries, as well as own a property there. These rights to come and go as we please will diminish when the UK officially leaves the EU in two years’ time.

Britons will now be treated as non-EU citizens, meaning that different requirements will be in place when travelling into Europe and purchasing overseas property there.

Those in support of the Brexit believe that agreements between the UK and EU countries will be formed to help establish a working system for expats and holiday home owners.

John May, of online estate agent Sell4LessSpain.com, comments on today’s result: “After a shock result in the European referendum, UK property owners in Spain will now be worried about their investment and whether they will be able to sell in the short to medium term.

“We expect prices to fall across the board, but there will probably be a slight correction with the expected increase in the strength of the euro against a decrease in the value of the pound.”

Already today, it has been announced that the pound has dropped to the lowest level since 1985.

Now could not be a better time to make sure that your holiday home or permanent overseas residence is protected with Overseas Property Insurance. Our policy offers some of the widest cover available on the market.