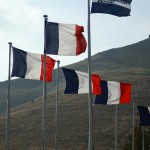 There has been some speculation recently that the result of the French presidential election could cause instability in the country’s property market. No so, say experts like Danny Silver of the Villages Group (a property development company specialising in France). The country is likely to remain one of the most popular places in the world to buy property in, regardless of who is its president.

Property prices in France are stable, and while new president Francis Hollande may raise income tax this is unlikely to affect the property market, especially in the areas popular with overseas buyers. For British buyers the relative and growing strength of the pound against the Euro means that property in France is increasingly affordable too. If you’ve been thinking of buying in France, now could be a good time to do it. Chat to agents and see what they have to offer and remember to get overseas property insurance in place.

Not sure where to buy in France? Here are some ideas:

The Ile de Re is a gorgeous little island that is linked to the mainland city of La Rochelle by bridge. The island is a holiday favourite with wealthy Parisians, giving it an upmarket feel. The island is almost completely flat, making it excellent cycling and exploring country, especially for kids. The island’s historic architecture is UNESCO protected.

A long-time centre for British expats in France, Eymet is a great choice for those who want to move to an established British community. The medieval town centre is highly attractive, and the surrounding countryside is a gourmet food and wine lover’s heaven.

Together this pair of resorts was one of the first ski areas in France, and is the largest in the Pyrenees. The area is more affordable than the Alps, less crowded and you can buy in traditional villages, rather than purpose built modern ski resorts.

Montpellier is a modern, vibrant city in a great location, close to the Mediterranean coast. The city has a high student population, which keeps its nightlife buzzing until the early hours. Much of the centre is pedestrianised and transport is good, making it very liveable. And it has plenty of historic architecture and things to do without being a tourist trap.

This northern French city can be reached direct by Eurostar. It’s very close to the Belgian border, making day-trips to Bruges and other towns easy. Once grimy and industrial, modern Lille is an attractive commercial centre with lots of historic and cultural attractions.