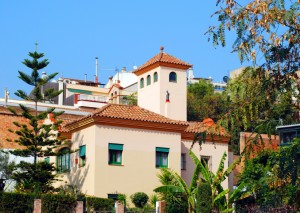 Britons have started purchasing overseas property again, as the cost of living remains low in the UK. The majority of foreign property buyers in Spain are British.

Of all properties sold in Spain in the first half of the year, overseas buyers purchased 12.7%. Of these, 19.8% were sold to Britons, according to the Spanish equivalent of the Land Registry, the Colegio de Regisradores.

At present, 750,000 British people officially live in Spain. The most popular areas to buy homes are the Balearic Islands and Canary Islands, followed by Murcia, Andalusia and Catalonia.

Therefore, Brits have been encouraged to invest there, where they will also enjoy a warm climate, relaxed lifestyle and stunning coastline.

Additionally, the UK’s sky-high property prices are another reason to move abroad. In London, the average house price is £513,000, reports the Office for National Statistics. This is around 40% higher than the peak recorded before the financial crisis.

Although many buyers will be attracted to Spain’s low house prices, Brits are also buying luxury properties abroad. According to Tranio.com, a leading overseas property broker, Brits are often the buyers of homes worth €800,000 or more.

Those considering a move to Spain should look into a good expat property insurance policy, to cover their new investment.