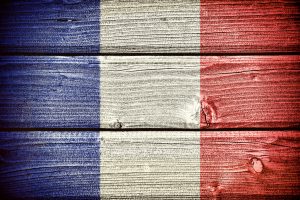 In our opinion, France is one of the richest countries, when it comes to food. There are many dishes loved around the world, which are well known to be of French origin.

We are especially grateful for the desserts. From mille-feuille to crème brulee, life wouldn’t be the same without them! With some deliberation, we chose the following to discuss for this week’s Baking Around Europe article: 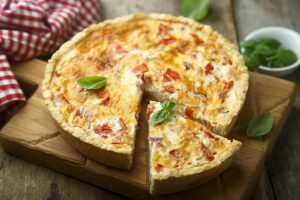 Quiche is a great dish, as it’s so versatile. You can have it hot or cold, on it’s own or as an accompaniment, with a multitude of options for filling. Essentially, the basics of a quiche are a nice short pastry, filled with cheese and beaten egg. Perhaps the most well known variation is a Quiche Lorraine, which includes diced bacon and Swiss cheese.

We particularly like the look of this Hairy Biker recipe. It includes parmesan in the pastry, and opts for a pancetta filling, which sounds delicious! Of course, you can always substitute these extra ingredients for anything else that takes your fancy. You could instead use salmon, or make it vegetarian and use other complimentary combinations, such as tomatoes and mushrooms. 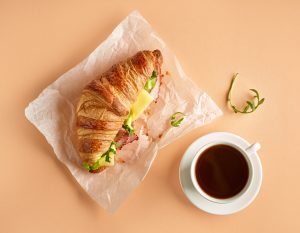 Although these crescent pastries originated in Austria, they have maintained popularity as a French treat. It was apparently in the 19th century when a baker in France began to specialise in producing bakes from his native home in Vienna. He made what was known to him and his fellow countrymen as a kipferl, but the locals soon began to refer to it as a croissant, due to its crescent shape.

Made mostly with butter, and baked to a crisp and flaky perfection, they make the perfect accompaniment to a good cup of coffee. These are great as either a sweet or savoury option. We’re a fan of both butter and jam as a filling, and ham and cheese.

We were very happy to stumble across a Paul Hollywood recipe for these delicious pastries. 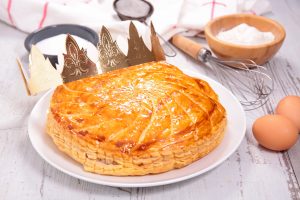 It wouldn’t be an exploration of French bakes, if we didn’t include this one. The French King Cake is also known in France as the Galette des Rois, and is traditionally served around the time of Epiphany (early January). A combination of puff pastry and almond frangipane, this dessert comes with a special surprise… Somewhere baked into the cake is a lucky charm, which, if you are fortunate, you will find in your slice! Often, this lucky charm is a little ceramic figurine. If you are the one to find it, you become the ‘king’ for the day and get to wear a golden paper crown.

There’s a great recipe for this dessert on the French Guy Cooking blog. 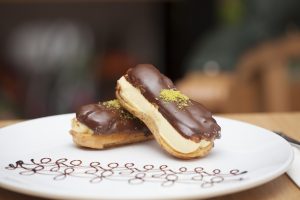 We’re mad about choux! It’s probably one of our favourite types of pastry, as the texture is just deliciously moreish. It’s also very satisfying to make, when you fancy something a little more challenging than shortcrust pastry. As well as enjoying looking through pictures of mouth-watering éclairs, we also found it interesting to learn that the name of this pastry actually translates as lightning. The general consensus is that they have been named such, due to the glisten of the confectioner’s glaze.

The first recipe thought to have been written down was in the Boston Cooking School Cook Book by Mrs D.A. Lincoln, published in 1884. However, we’ve found you a more up to date one on the Sainsbury’s website.

This entry was posted in Travel and tagged France, French food. Bookmark the permalink.