3 Months Since Brexit – What’s Next for EU Property?
Tweet 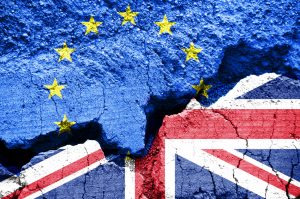 It’s been just over three months since the Brexit result was announced, so what’s next for EU property?

Whatever your opinion on the UK’s EU membership, we are heading towards a Brexit. For anyone thinking of buying a property in or permanently moving to Europe, this could be a cause for concern.

But at present, it all seems to be business as usual. At least that’s what expat Melanie Howarth, of Villa-Service, thinks. “I don’t think it will make much difference,” she believes. “People began buying in Spain before we joined the then EEC, and I think they’ll continue once we’ve left the EU. I’ve lost one sale since the vote, and that was a British vendor selling to another Brit, in sterling.”

Arguably, sterling’s loss of value against the euro and US dollar has been the only immediate effect of the Brexit vote felt by British buyers.

The Chief Executive of Smart Currency Exchange, Charles Purdy, explains: “We had clients who were in the middle of a purchase during the referendum. Many had paid a deposit on a property and secured an exchange rate before the UK went to the polls, so were understandably relieved when they saw the rate plummet overnight to below what we had fixed for them. For buyers now, it’s about careful planning and having realistic expectations about your budget.”

Any changes to the economic and political outlook hang on the triggering of Article 50 of the Lisbon Treaty. Once this occurs, the UK has two years to negotiate the terms of Brexit with EU states. Prime Minister Theresa May has said that she doesn’t intend to start the process until next year, so, realistically, the earliest the UK could leave the EU is sometime in 2019.

Meanwhile, the UK remains a full member of the EU. In July, the Government confirmed this in a statement: “There has been no change to the rights and status of EU nationals in the UK, and UK nationals in the EU, as a result of the referendum.

“The decision about when to trigger Article 50 and start the formal process of leaving the EU will be for the new Prime Minister. The UK remains a member of the EU throughout this process and until Article 50 negotiations have concluded.”

Considering this, many Britons have continued with their plans to move to Europe, confident that buying in the next few months means that they’ll retain the acquired rights granted to them while they are EU citizens, even after Brexit occurs.

A poll after the referendum vote by Leggett Immobilier, an estate agent, confirmed that 50% of people buying a property in France at the moment are relocating there.

The Chairman of the firm, Trevor Leggett, says: “It is interesting to see that many of our clients are wanting to purchase property in order to make a permanent move to France. Despite Brexit uncertainty, it seems that the British love affair with France remains as strong as ever.”

And in Spain, which is home to the largest proportion of British expats, there is no sign of UK interest diminishing.

Bob Shepherd, of Spanish Legal Homes, comments: “Despite the big drop in sterling, we sold nine more properties in July than the same period last year.”

Reflecting this, Florian Hofer, the Managing Director of Engel & Völkers, reports: “In the aftermath of Brexit, our internet requests for property have increased, and in some shops, requests have even tripled, including requests from the UK.”

And Peter Birkett, the Managing Director of Property Repossessions Spain, which works with one of Spain’s biggest banks, observes: “The bank doesn’t expect much to change in the long term. Why? They need to dispose of their repossessed stock as speedily as possible to balance their books. As almost 50% of their sales are to British clients, they are still prepared to offer high LTV [loan-to-value] mortgages to encourage sales. They may even give further reductions to encourage sales.”

There is also evidence of opportunities arising in Spain’s resale market.

Spanish property portal Kyero’s Martin Dell, notes: “We’ve definitely seen movement in the Spanish housing market that has resulted from the UK’s leave vote. There are some Brits who own property here who are now looking to sell up fast, rather than face the uncertainty that the Brexit decision has brought about. The result is that we’re seeing some fantastic post-Brexit bargains on the market.”

What is certain is that Britons will continue to be able to buy property in EU countries and live there after Brexit, just as non-EU and non-EU European nationals do today.

However, many property buyers and expats will be wondering how Brexit will affect the rights they receive due to the UK’s membership of the EU and the European Economic Area (EEA). Although no one can answer this accurately until the Government has negotiated new terms within Europe, there are three possible outcomes:

Firstly, the UK may remain a member of the EEA, which means that it would not only retain access to the single market, but also that Britons would continue to have the same rights to freedom of movement as they have now, similar to citizens of Iceland, Liechtenstein, Norway and Switzerland.

Secondly, the UK may stay outside the EEA but still negotiate terms with individual EU countries, which could potentially lead to legislation giving Britons some or all of the rights they currently have, depending on the country.

Thirdly, the UK may stay outside the EEA, but fail to negotiate similar terms to now, meaning that Britons would acquire a similar status to non-EU, non-EEA citizens, such as Americans, Australians or those from the Middle East.

One of the biggest concerns for Britons hoping to retire to Europe is healthcare. Currently, anyone in receipt of a UK state pension can live in an EU country and receive the same level of free state healthcare as a local pensioner. The expectation is that this could continue if the UK remains in the EEA, but it is not confirmed.

Reassuringly, the prominence of British homeowners in Europe will be part of the negotiations when Article 50 is triggered. The economic benefits that Britons bring to countries across Europe mean that these governments will want to remain attractive to UK residents. Equally, the UK is home to large numbers of EU citizens, and their governments will want to protect their interests in the UK.

As for pensions and taxes, Blevins Franks, the international tax and wealth advisers, said on their website: “Based on current law and practice, Brexit will have no impact on how you can take out or transfer your UK-registered pension schemes.

“How you pay tax as a UK national overseas is determined by the double tax treaty between the UK and that country, not EU rules – so the way you are taxed in your country of residence should not be affected by the vote to leave the EU.”

We will keep you all updated of any changes to property buyers’ or expats’ rights in the EU following the triggering of Article 50.

This entry was posted in Legislation and tagged Brexit, EU referendum, Europe. Bookmark the permalink.